How to Create a DreamCompute Server on DreamHost

DreamHost has refined its DreamCompute cloud servers, making it even easier to configure an Ubuntu VPS and connect it to ServerPilot.

If you are already a DreamHost customer and would like to use DreamCompute, be sure to log in at https://cloud.dreamhost.com; this will soon be the default login for all DreamHost cloud services.

As you build your server, you'll need to select its size from the options provided.

ServerPilot runs on 64-bit Ubuntu 16.04 or 18.04, so select one of those Ubuntu versions as your operating system.

DreamCompute only uses SSH keys, so click Import SSH Key to add your key. (Read How to Use SSH Public Key Authentication if you haven't generated a key pair for your system.)

Copy the content of your public key file (titled id_rsa.pub) and paste it into the pop-up window. Your public key will likely begin with either ssh-rsa or ssh-dss, followed by a string of random characters. 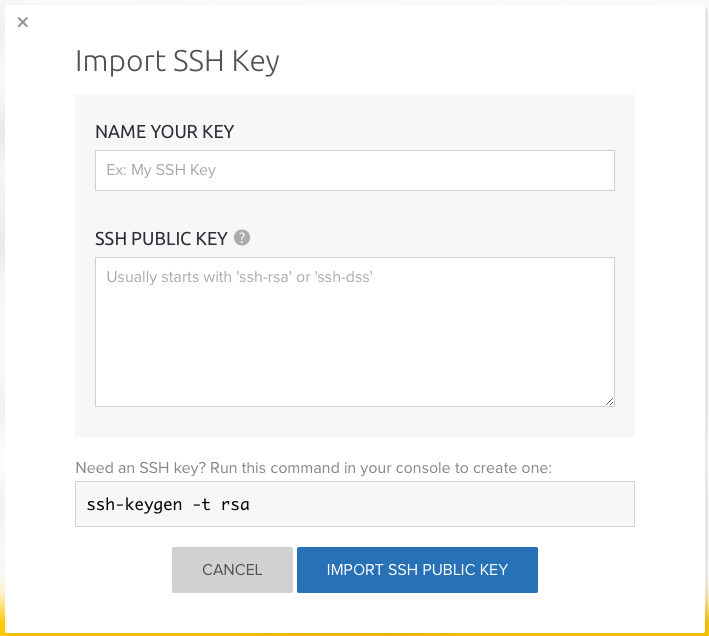 If you created your DreamCompute server before October 2016, the name of your server's administrative user is dhc-user rather than ubuntu.

Copy this user and open a new terminal window.

Launch your first site in 5 minutes